Book and travel with confidence
FIND OUT MORE 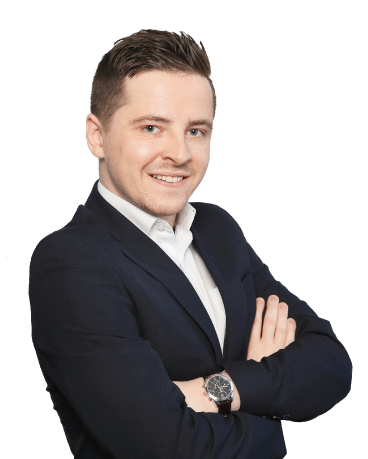 A trip to The Wizarding World of Harry Potter™ at Universal Orlando Resort is a must do activity on any holiday to Orlando.  With lots to appeal to both young and old this incredible and unforgettable experience is spread across two theme parks. Visit the iconic Hogwarts™ castle and explore Hogsmeade™ village at Universal Studio’s Islands of Adventure™ theme park then explore Diagon Alley™ at Universal Studios Florida™ theme park. You can even take the Hogwarts Express™ between the two wizarding worlds!

The highlight of the trip to Diagon Alley is surely the thrill of the breath-taking escape from Gringotts. See the goblins at work as you make your way through Gringotts marble lobby before heading deep underground through passage-ways and subterranean vaults. Come face to face with trolls, Voldemort and Bellatrix as you make your escape back to Diagon Alley. This ride is both a thrilling roller coaster and a motion simulator, delivering an unforgettable 4D experience.

A visit to Diagon Alley would not be complete without stopping at Ollivander’s Wand Shop.  Share the excitement as a young wizard experiences the explosions and near misses as they go through the process of choosing their first wand – or does it choose them? The wands available at Ollivander’s can be used throughout Diagon Alley so wizards and witches can practice some spells as they become more familiar with their new wands. 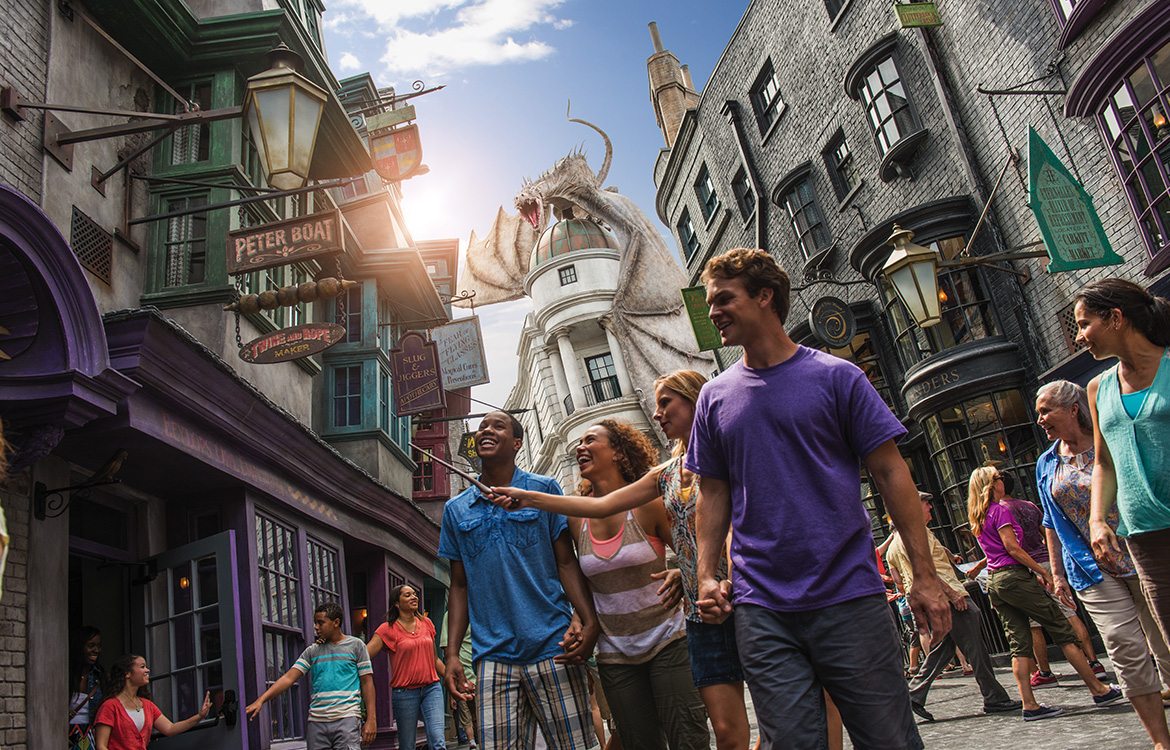 The Hogwarts Express links Platform 9 ¾ in Kings Cross Station London, adjacent to Diagon Alley, with Hogsmeade™ Station in Universal’s Islands of Adventure™. The Hogwarts Express travels in both directions and is a truly magical experience. It does require a Park-to-Park ticket. Ask one of our experts to find the right Universal Studios ticket for you.

A visit to Hogwarts school of witchcraft and wizardry is surely a dream come true for any Harry Potter fan. First stop is the wizarding village of Hogsmeade™ where you can taste Butterbeer at the Three Broomsticks™, and swoop past Hagrid’s hut and the Womping Willow on Flight of the Hippogriff™. Wander through the classrooms and corridors of Hogwarts™, you might even see Dumbledore in his circular office.

Harry Potter and the Forbidden Journey™

A visit to Hogwarts is truly unforgettable thanks to the ground-breaking experience, Harry Potter and the Forbidden Journey™. If you ever wanted to know what it feels like to fly– this is the experience for you. Soar above the castle, through the Quidditch pitch and the Forbidden Forest alongside Harry as you escape the fiery dragon. Feel its breath on your face as you zoom past on your broomstick.

This could be the best theme park ride in the world today – you don’t even need to be a Harry Potter fan to love it!

For information about Orlando holidays and the best holiday deals to Florida, speak to one of our travel experts. We’ll create a custom holiday package to Orlando just for you and help you choose the best attraction and theme park tickets based on your preferences. Give us a call now.

Favourite Destination: Treat your family to the magic of Orlando, the place where there is something for everyone. Disney World Resort, Universal Studios, Seaworld, Aquatica and LEGOLAND name just a few. International Drive and Lake Buena Vista are very good areas for non drivers whilst villas in Kissimmee are ideal for those who don’t mind the driving and would like to enjoy a private pool home. Give it a go, the memories stay with you forever.